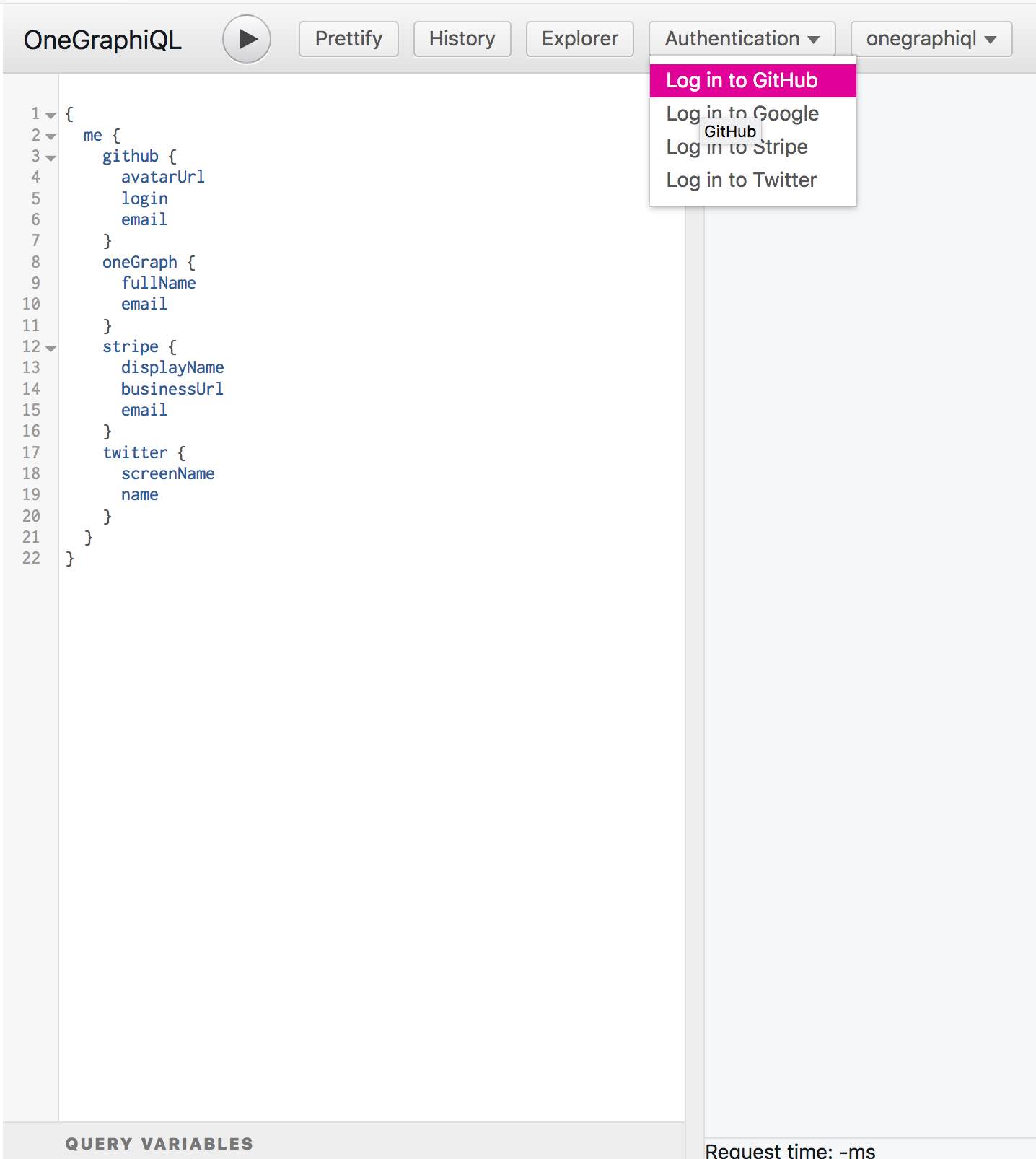 OneGraph is my latest endeavor, and while simple in idea, also my biggest. A single GraphQL endpoint that provides access to all your SaaS data, and even overlay that data into your own GraphQL API.

By far the best experience I've ever had whilst developing apps, Dato was the culmination of years of experimentation in app design, database architecture, UI state and effect management, syncing, permission design, and more.

It enabled apps to be developed client-first in the browser using an immutable homogeneous database as state-storage, then flip a switch and it would sync seamlessly with the server.

You can see pretty clearly how other projects like Mana, Glint, Zensight, and Zenrise all fed into the design of Dato, and I gave a talk on it at ReactiveConf 2015 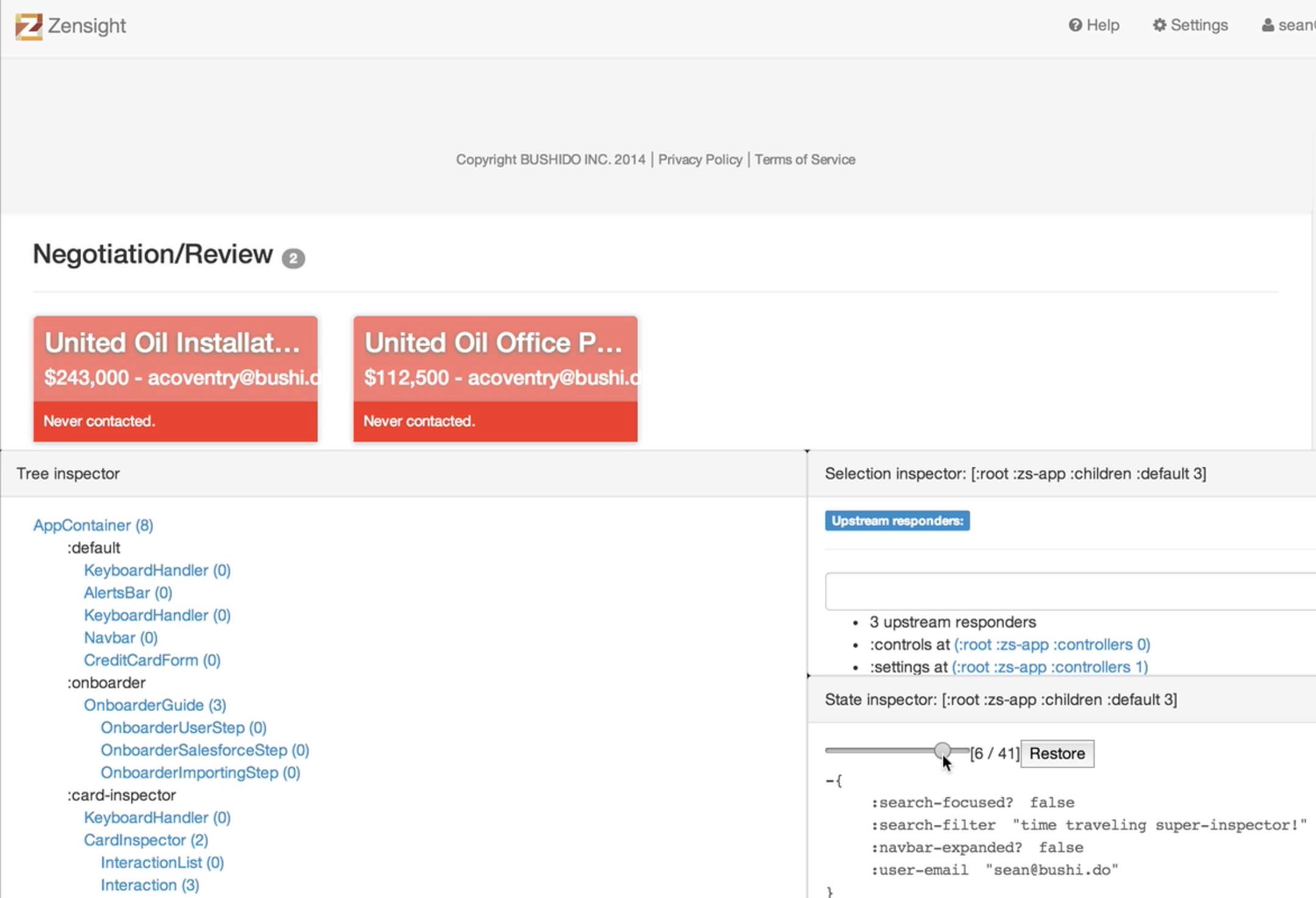 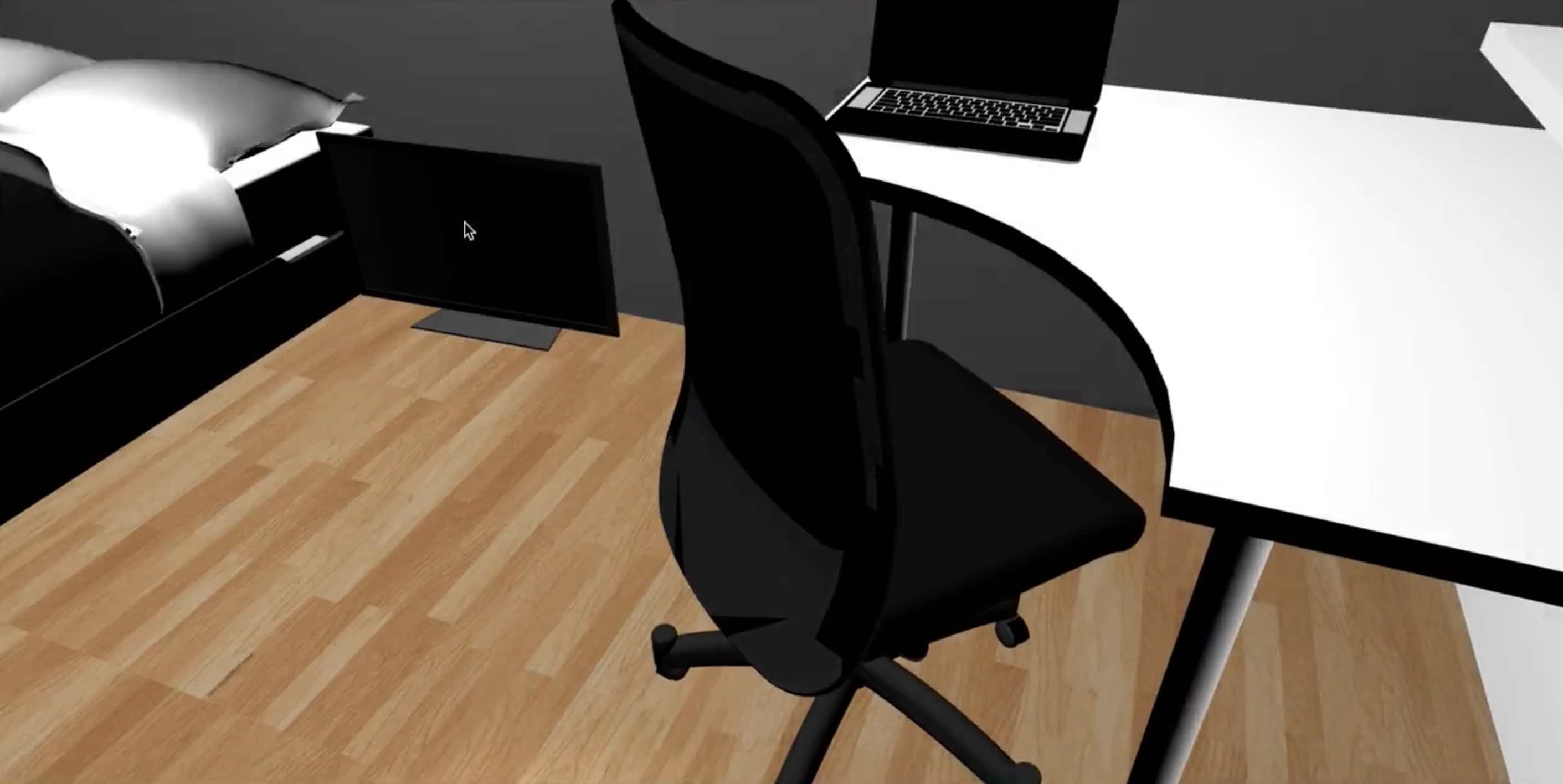 Garment was a way to quickly sketch out (or enter in) realistic dimensions of your apartment. It'd then be rendered in the browser via WebGL, and you could import real furniture and place it to see what it would look like, and if it would fit nicely. I used it to figure out that my studio apartment was too small for an IKEA bed, for example.


It was built on the amazing ClojureScript Gamma library (inspired by some OpenGL libraries and papers in Haskell and lots of hammock time) by the understated Kovas Boguta, which provided a functional interface to the insanely state-oriented Web/OpenGL world. It grew to include WebRTC support so you could invite friends to come in and try out different interior designs while voice chatting, and also supported WebVR, so you could sit on your virtual IKEA bed and watch a youtube video on a real (virtual) Samsung LCD TV. It was a bit like BigScreen, except it was on the web, and was in some ways much more depressing since it used real furniture and was meant to model your real apartment.

Glint was a sideways attempt to build a better app-development toolchain, starting from the visual-design tool. Essentially a concurrent, browser-based version of Sketch, I blogged (along with a quick video) nearly every day for this, which was an interesting experiment in motivation. Looking back on it, I'm glad I did, because the text and videos add a lot of context to my memories. Looking over them, I'm getting pumped to go give it another shot! 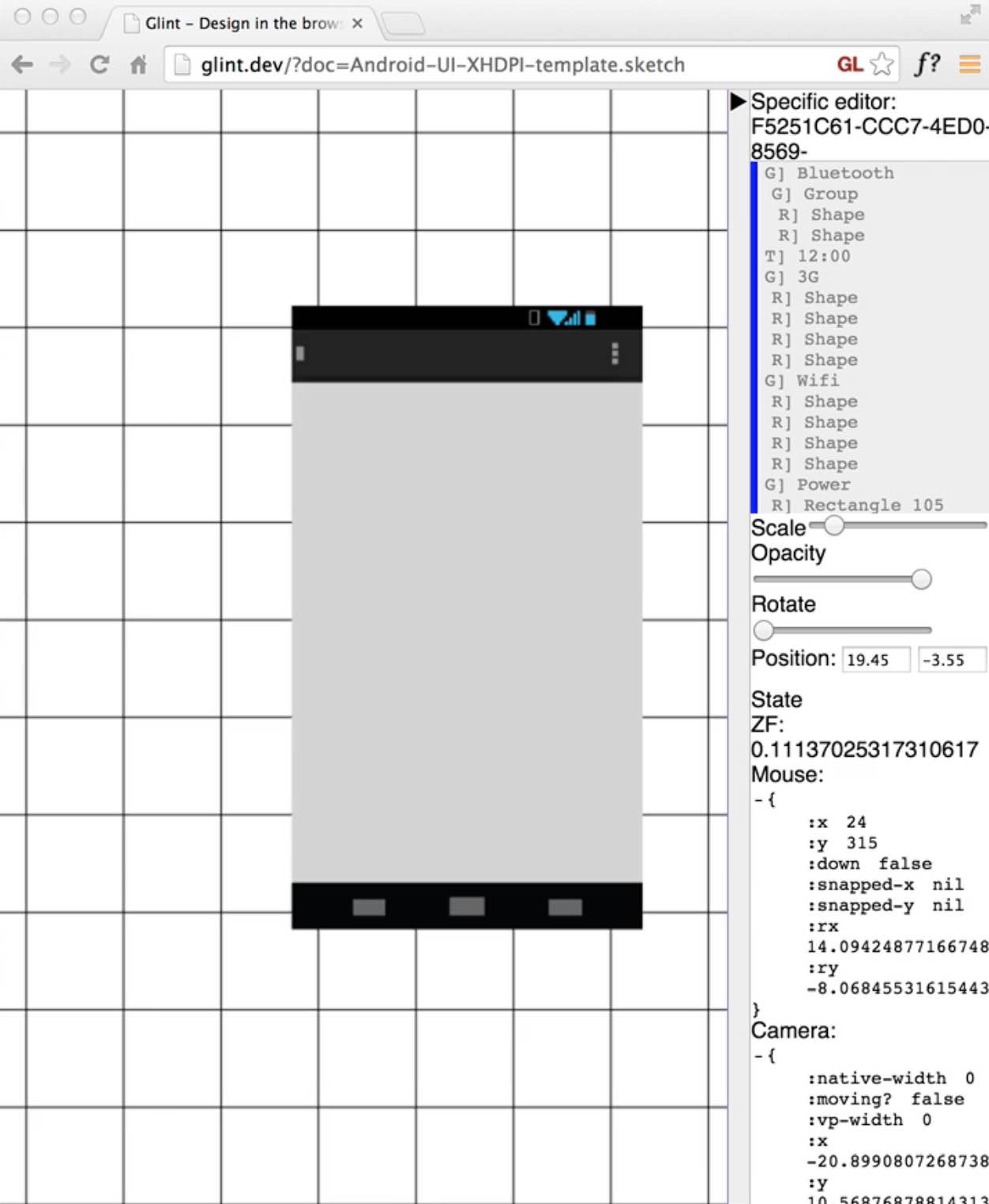 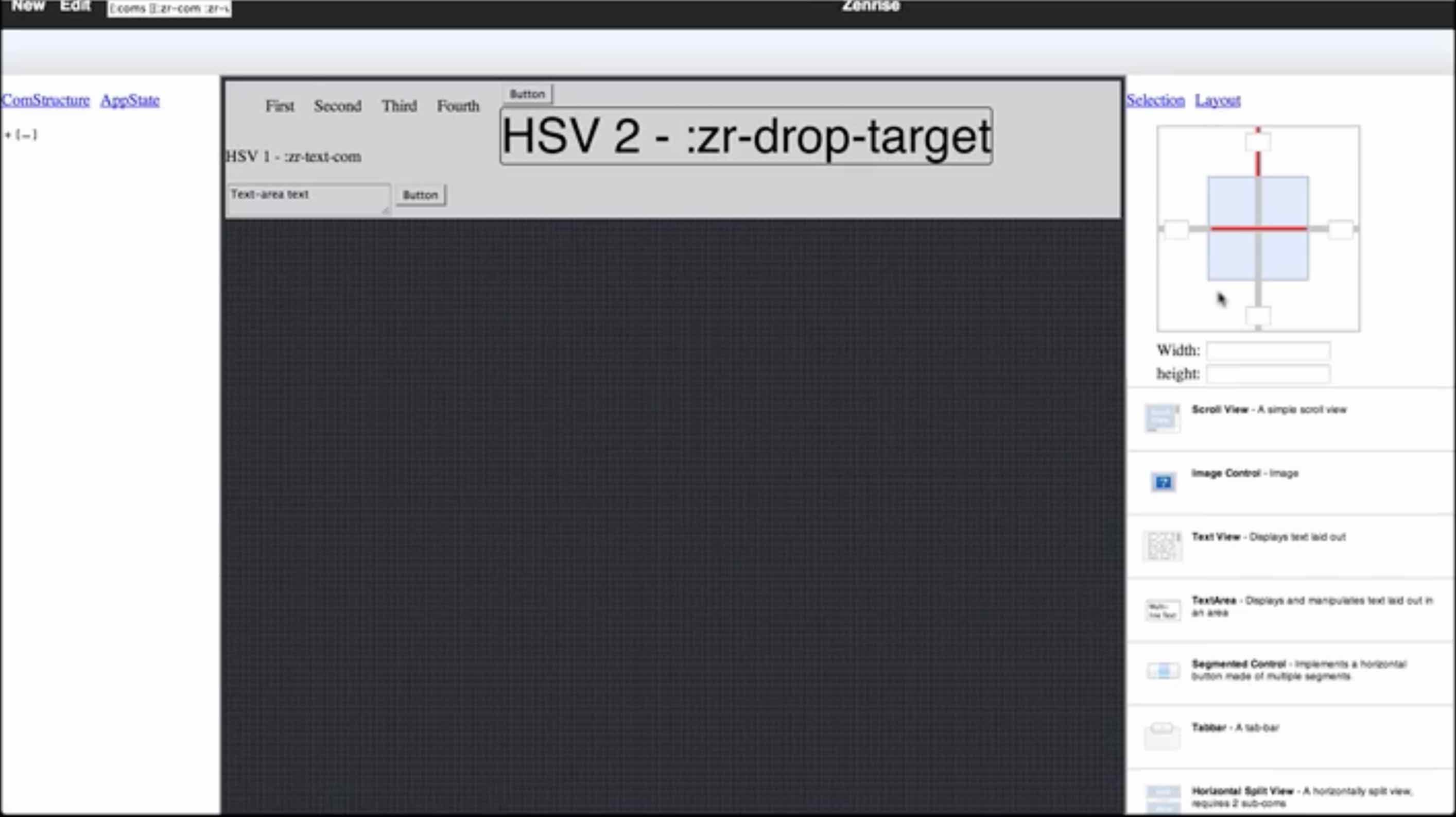 An experiment in the early days of Om, exploring how far a functional UI builder based solely on data-structures and connectors into app state could go. 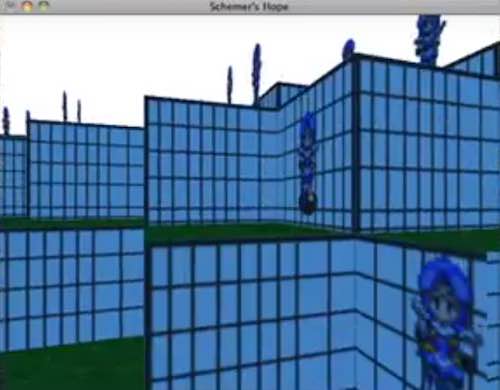 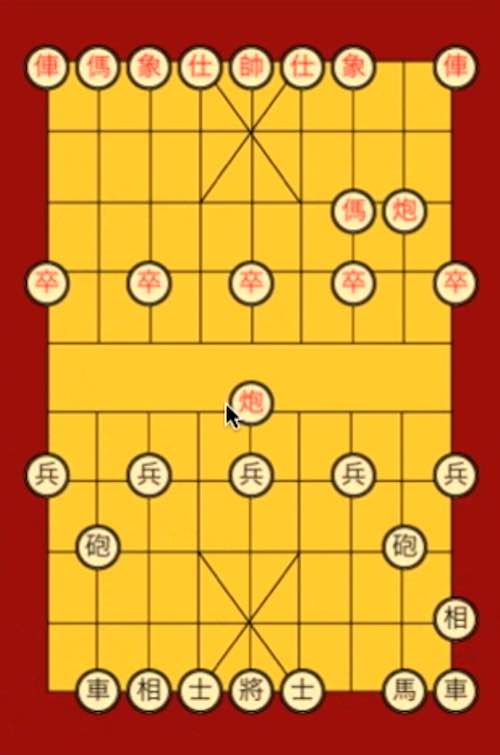 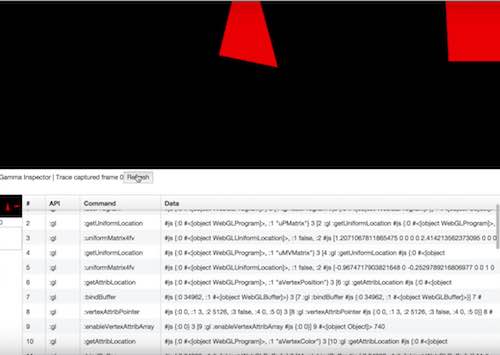